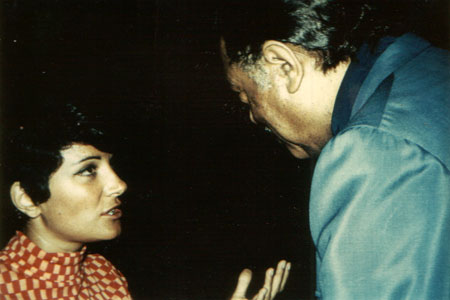 Researching for a brief piece (which I will post soon) about Ellington’s stay on la  Côte d'Azur in 1966 led me to the website of jazz singer Lilian Terry. Her site includes a couple of fabulous photographs taken at Juan-les-Pins during Duke’s engagement there.  The photograph below is captioned as follows: The scene is the famous Hotel Provençal in Juan les Pins during the Festival where I was invited as singer. I met Ellington and his retinue and was practically abducted into his clan to the end of his days, bless him! We were having "breakfast at midday" in his suite. I was seated between his nephew Stevie James and immortal Billy 'Sweepea' Strayhorn who later wrote and sent me the lyrics to Star crossed lovers. 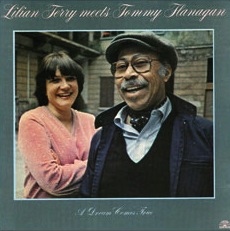 It seems a while since Lilian Terry’s website has been updated. If you have further information about the singer, please get in touch via the comments page.

In the best poem he never wrote (in truth, his introduction to the collection of reviews All What Jazz published in 1970), Philip Larkin describes his readers, the average jazz fan:

Sometimes I imagine them, sullen fleshy inarticulate men, stockbrokers, sellers of goods, living in thirty-year old detached houses among the golf courses of Outer London, husbands of ageing and bitter wives they first seduced to Artie Shaw’s Begin the Beguine or The Squadronaires’ The Nearness of You; fathers of cold-eyed lascivious daughters on the pill, to whom Ramsay Macdonald is coeval with Rameses II, and cannabis-smoking jeans-and-bearded Stuart-haired sons whose oriental contempt for ‘bread’ is equaled only by their insatiable demand for it; men in whom a pile of scratched, coverless 78s in an attic can awaken memories of vomiting blindly from small Tudor windows to Mugsy Spanier’s Sister Kate, or winding up a gramophone in a punt to play Armstrong’s Body and Soul; men whose first coronary is coming like Christmas; who drift, loaded helplessly with commitments and obligations and necessary observances, into the darkening avenues of age and incapacity, deserted by everything that once made life sweet.

Accidents of geography aside (since he must live in the USA rather than the UK), I wonder how wide of the mark this is as a description of David W Niven?

David who, you may ask? I had never heard of him either until the other day, googling indiscriminately as I am wont to do, I discovered the Internet Archive and the David W Niven Jazz Collection.

Mr Niven’s collection comprises thousands of hours of commercially released jazz recordings. Concerned to preserve the music for future generations and his own children in particular, he has assembled the recordings by artist and in chronological order, added his own commentary and then donated these cassette tapes to the Archive where they have been digitized and are available to download.  A PDF giving more details about the collection can be found here.

I should like to post one tape from the collection every week on Villes Ville, complete with the relevant snap of Mr Niven’s own handwritten index cards. We’ll proceed through the collection in reverse chronological order and eventually the posts will be indexed here, too. There will be a new tape available every Monday evening.

As a taster, here is a digitized copy of a commercially produced cassette of the album The Elegant Mister Ellington, a bootleg itself in the first instance, which finds Ellington and his orchestra in concert at The Sportpalast in Berlin, 4 October, 1959. 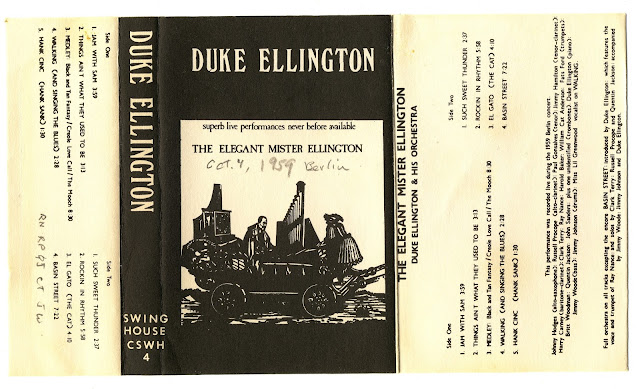