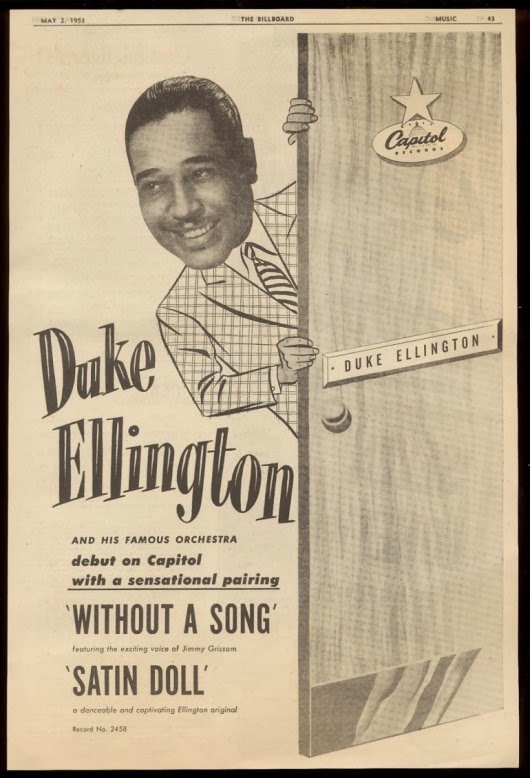 Here is a flyer announcing Duke Ellington's signing to the Capitol label in 1953. Long deleted and ripe for reassessment, these recordings were anthologised by Mosaic Records many moons ago. The two titles here listed in the flyer, Satin Doll and Without a Song were the very first to be recorded at Melrose Place. You can access the full discography for the Mosaic release here.
Posted by Ian at 11:44:00 No comments: 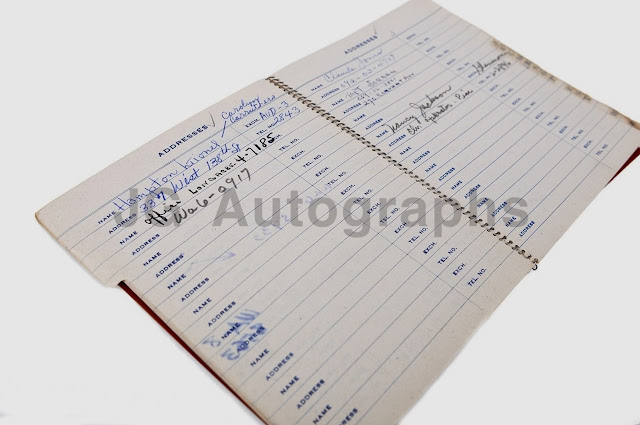 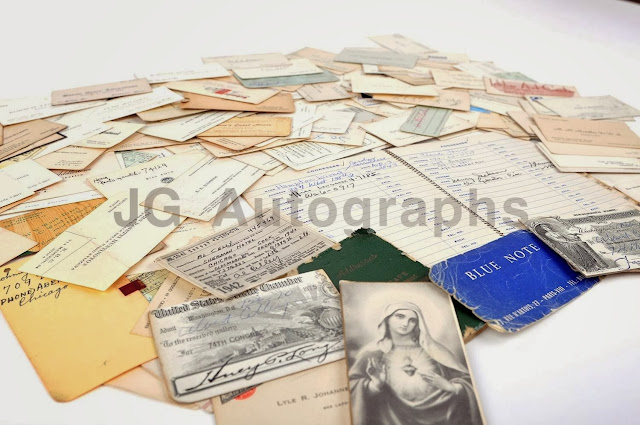 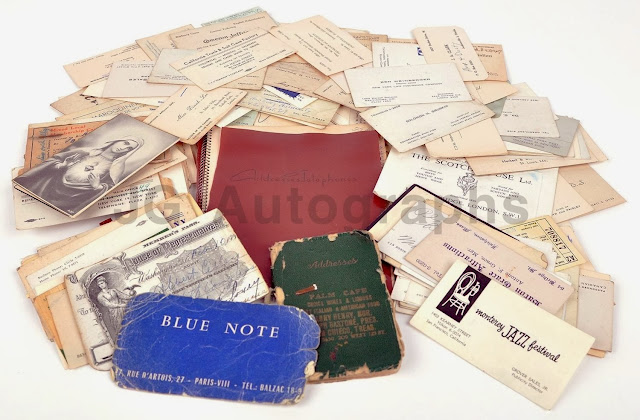 Here is an interesting lot of Ellingtonian ephemera presently for sale on Ebay. The description runs:

Edward Kennedy "Duke" Ellington (April 29, 1899 - May 24, 1974), American composer, pianist, bandleader and 12 time Grammy award winner, vintage collection of personal contacts, belongings and mementos. The following are included in this archival lot: two contact/address notebooks containing various entries, notes and inscriptions, many quite possibly in Ellington's hand; business cards for his contacts in the music industry including Capital Records, Blue Note Records, The William and Morris Agency and The Cotton Club; member passes for the Senate, House of Representatives, various clubs, venues and hotels; travel expense logs, tickets and receipts.
A major figure in the history of jazz music, Ellington's career spanned more than half a century, during which time he composed thousands of songs, recording for most American record companies, appearing in films, scoring several, and composing stage musicals. He created one of the most distinctive ensemble sounds in Western music and continued to play what he called "American Music" until shortly before his death in 1974. His last words were, "Music is how I live, why I live and how I will be remembered." Ellington was awarded the Grammy Lifetime Achievement Award in 1966. He was later awarded several other prizes, the Presidential Medal of Freedom in 1969, an Honorary PhD from the Berklee College of Music in 1971, and the Legion of Honor by France in 1973, the highest civilian honors in each country.
You can 'buy it now' for $595.00 Details here. 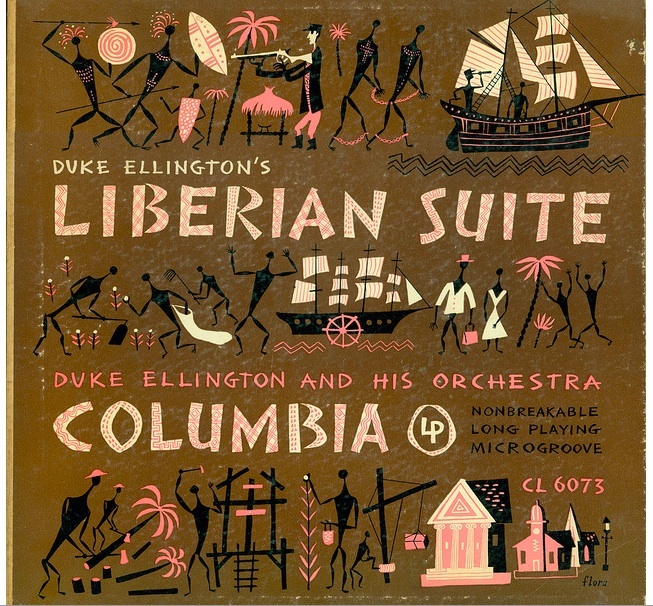 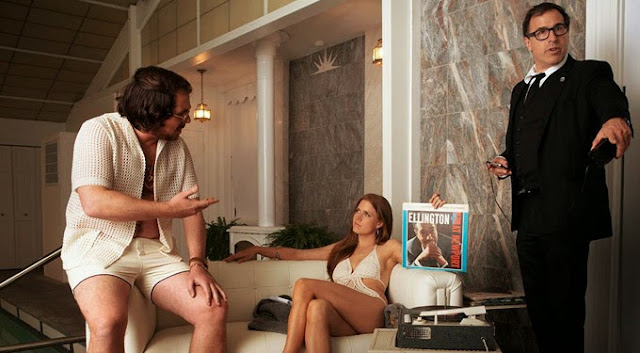 From Indiewire: The Playlist...

"A brand new clip has dropped from David O. Russell's highly anticipated film and it finds conman Christian Bale bonding with Amy Adams over jazz legend Duke Ellington, who has just died (which would place the scene in 1974, FYI). And the song they both cherish? "Jeep's Blues" from Ellington At Newport, a live album which is largely credited with reviving the icon's career. Meanwhile, playing in the background is Chicago's "Does Anybody Really Know What Time It Is?"
So, check out the clip, followed by the Duke Ellington and Chicago tunes. "American Hustle" arrives in theaters on December 18th."

Edited to add from The L A Times by Gina McIntyre:

Has Duke Ellington ever saved your life?