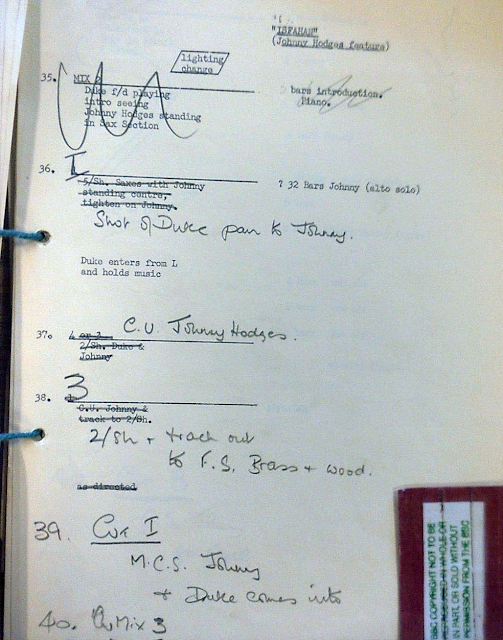 The photograph above shows a page from the  camera script for Ellington in Concert part 1 (rec. Tuesday 25 February 1964, tx. Tuesday 21 April 1964), drawn up by director Yvonne Littlewood.

The image comes from the Editorial to the latest issue of
Jazz Research Journal Volume 12, No. 1: Special issue Jazz in Television.

This particular issue of the journal was edited by Dr Nicolas Pillai of Birmingham City University. Nic is a great friend of Ellington Live and was one of the main organisers of the 2018 International Duke Ellington Study Conference in the city. 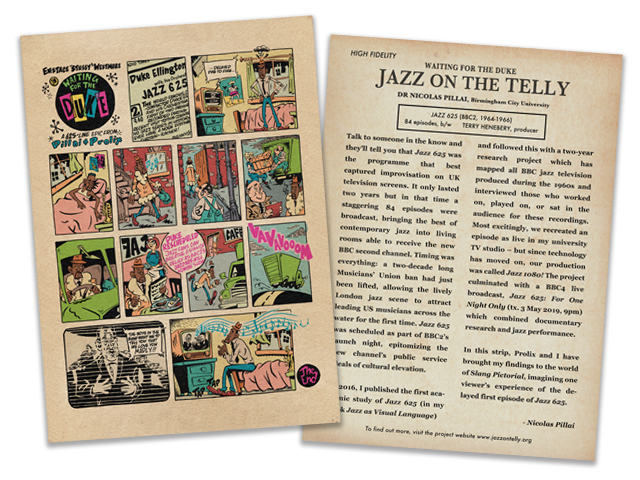 While the journal covers much more than Ellington's music, of course, the Orchestra's various appearances on the BBC during the 1960s ,and on Jazz 625 in particular,  are a feature of the studies the journal encompasses.
Nic's Editorial to this issue of the journal may be downloaded here. 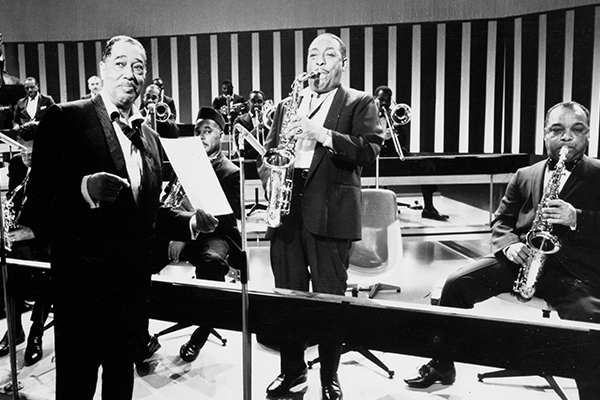 A free one day conference, moreover, Jazz on the Telly, is taking place on 12 October at the University. From the Eventbrite website...


Birmingham City University is pleased to announce Jazz on the Telly, a conference to be held on 12 October 2019. This event will mark the conclusion of the AHRC-funded project, Jazz on BBC-TV 1960-1969, part of an ECR Research Leadership Fellowship awarded to Dr Nicolas Pillai. The day will include: a reflection on the achievement and challenges of the project from Pillai, an industry panel on the future of jazz television, a strategy meeting for delegates on the formation of a Jazz and Media network and the launch of two publications: the first academic special issue on the subject of jazz television (Jazz Research Journal 12: 1) and a report entitled Reconstructing Television History: the case of Jazz 625.
The intention of the conference is to gather academics, musicians and industry professionals working on jazz television and television history more generally so that we may share current work and create collaborative opportunities for the future.
Delegates will be invited to deliver a 10-min presentation (including clips) detailing their current work. The conference will be free to attend and refreshments will be provided throughout the day.

Tickets may be obtained here. 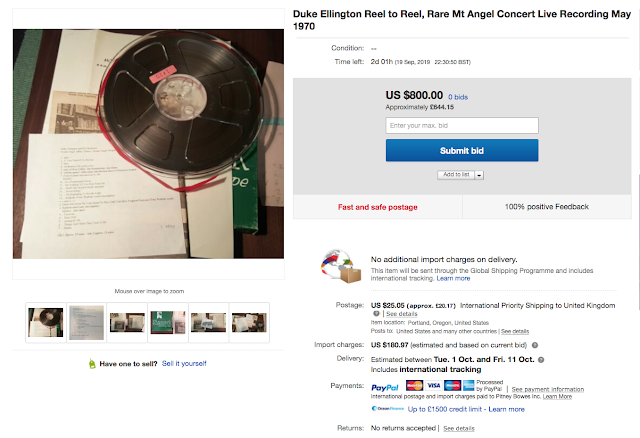 An Ellington recording that costs $17.00 a minute? That's the 48 minute bargain currently up for bidding at eBay. I may have to pass on that one...

I blogged before about one of the most interesting Ellington performances I have ever heard about in this post from 2016.

On 29 May, 1970, Duke Ellington and his Orchestra appeared at Mount Abbey Angel Library,  Mount Angel, Oregon in a performance commemorating the dedication of the library. From David Palmquist's Duke - Where and When site...

9 p.m. concert by Ellington and his orchestra, premiering a new work by Ann Henry, arranged by Ron Collier at the dedication of the Abbey's new library.

Collier conducted the Ellington orchestra, Ms Henry and a small choir in his arrangement of a three movement composition by Ann Henry, "Pockets: It's Amazing When Love Goes On Parade."

…An UPI wire story datelined Mt. Angel, published in the Eugene Register-Guard 1970-05-27 p.3-B, announced Ellington's band would perform on the Friday, architects from around the world would tour the building on the Saturday, and the Portland Junior Symphony would perform Saturday afternoon.

The Oregonian reported Ms Henry had toured with Ellington (additional research is needed), and went to Toronto and New York for the rehearsals. Ms Henry had had a career in music and dance until stricken by multiple sclerosis after which she became the Abbey's composer-in-residence. Stratemann says the band rehearsed her composition in Toronto, and this was the only time it was performed by the Ellington orchestra.

The April 21, 1970 contract between Mount Angel Abbey Library and Duke Ellington, Inc. provided for a 2 hour concert with 13 musicians including the leader for $5,000, half payable on the execution of the contract and half in cash or by certified cheque the day of, but before, the concert. A rider required Mount Abbey Library to pay:
·     first class airfare for Duke from Cincinnati to St. Benedict, and then to Chicago
·     first class airfare for Ron Collier from Toronto to St. Benedict and return
·     economy airfare for 17 musicians and staff of the orchestra from Cincinnati to St. Benedict, and then to Chicago
·     Ron Collier's arranging fee, either directly to him or to Duke Ellington, Inc.
·
While the Abbey has no record of their activity the rest of the weekend, the title in the finding aid for the Smithsonian's Ellington collection for Series 2, Box 16, Folder 33 "Mount Angel Abbey (Oregon) Library Dedication May 31, 1970" suggests Ellington remained in Oregon until the Sunday. This is not confirmed. While the Smithsonian folder label is dated May 31, in reply to the question Is there any indication in this folder that Ellington and/or his orchestra stayed all 3 days?, Smithsonian Reference Services volunteer C. Windheuser reviewed the contents in 2016 and wrote
“You are correct - program for event confirms Duke's concert was Friday May 29.”


Pockets, as far as I'm aware, was performed by the Ellington orchestra only once for this occasion. Approximately 62 minutes of the performance is available to view on Vimeo.

The reel-to-reel currently for auction is not therefore a complete record of the appearance. Whether it is of better audio quality than the surviving video available to view (freely!) on Vimeo, I am never likely to be in the financial position to be able to say! The photographs from the listing do give some useful information to add to our knowledge of this unique occasion in the Ellingtonian calendar.

I tested the Reel on a Sony-O-Matic and it was in VERY good condition, maybe very little or any play(please see photos). The box includes a Polaroid, newspaper clippings about the show, show flyer, notes on songs played. and other notes.It's played at 7 1/2. 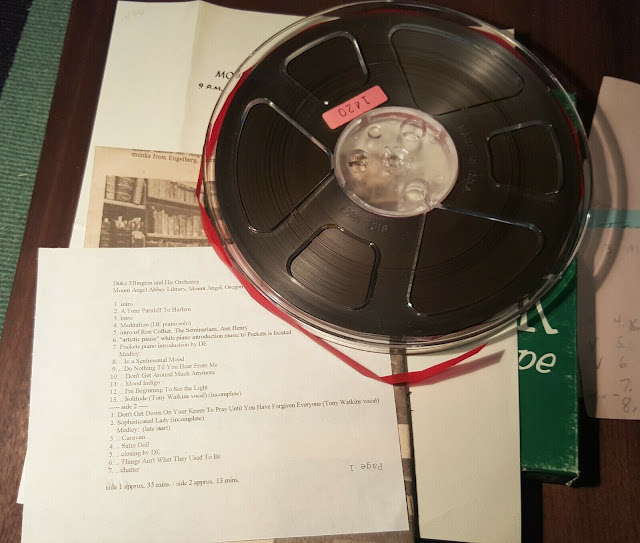 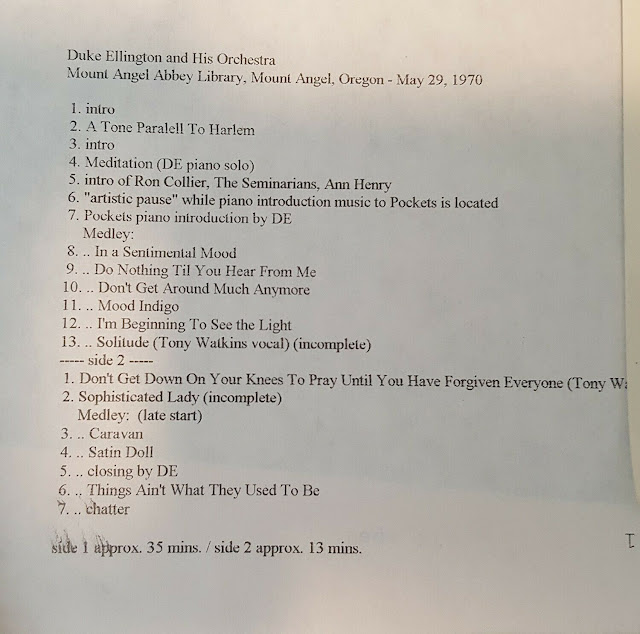 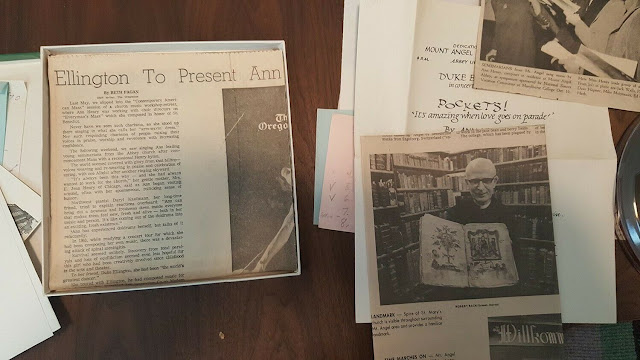 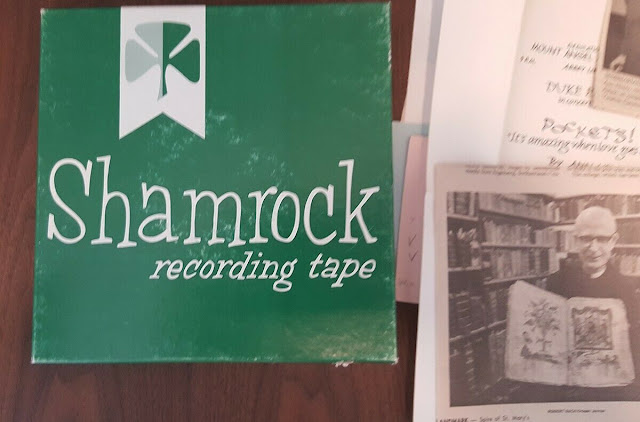 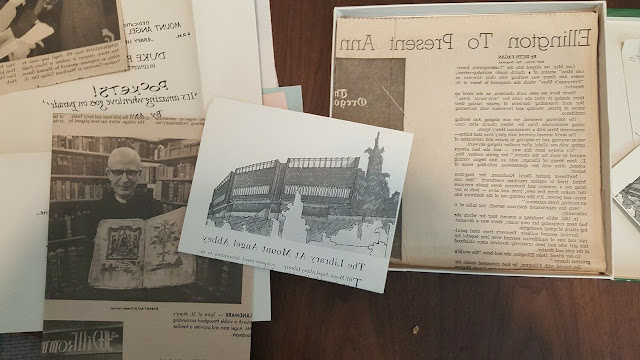 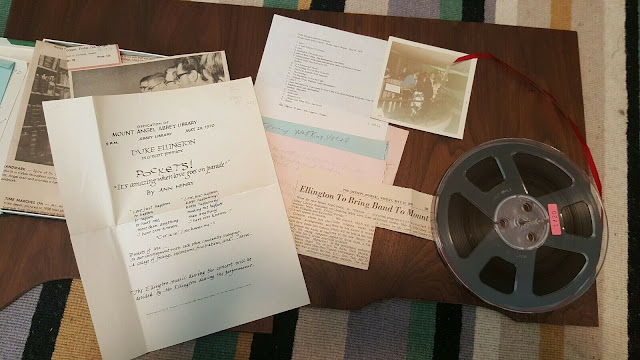 Reed All About it... 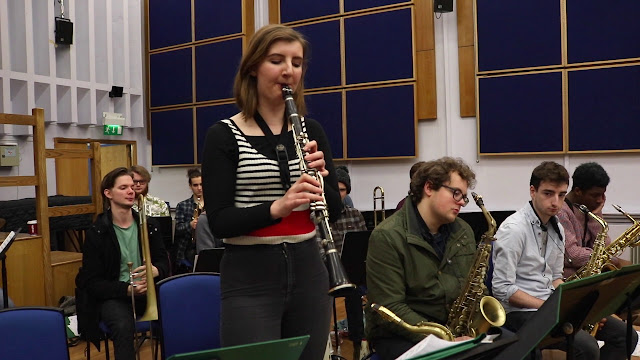 I first heard clarinettist Samantha Wright play at the inaugural concert of the then newly formed Ellington Orchestra of the Royal Birmingham Conservatoire at the Town Hall, Birmingham in early 2017. On that evening, she showed a mastery of her instrument with regard specifically to Ellington's music embracing a range of styles which captured both the woody, New Orleans inspired tones of Barney Bigard and the more classically oriented, Goodmanesque style of Jimmy Hamilton.

Samantha has continued her studies, presently in Germany, her mastery of the clarinet only accentuated by a Masters degree itself.

Generously, she has made her dissertation, An exploration of the clarinetists who performed with Duke Ellington from 1924-1942, freely available to download. 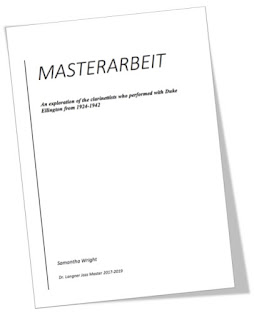 Life is alright in America...

An extract from a TV interview with Duke Ellington and Leonard Bernstein has been available on Youtube for some time but now the complete half hour programme has been made available.

I've posted the full programme below and also included the extract...

This five-day multidisciplinary conference will bring together leading researchers and performers across the arts and humanities. The event will feature academic papers, panels, roundtables, and cultural walks/visits, as well as an exciting program of performances by local Washington DC performers.