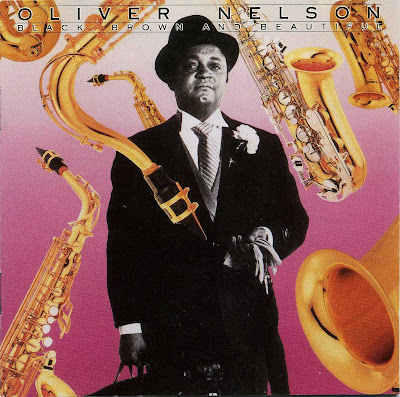 I came across the album googling Duke Ellington’s composition Empty Ballroom Blues. It is the first track on this album. The discovery that Johnny Hodges was present made this an essential purchase.

I did not know very much about Oliver Nelson. I had a copy of his album Blues and the Abstract Truth for the presence of Bill Evans – but I did not know that Oliver had died so young – in 1975 at the age of just forty three years old. In one of those accidents of synchronism, I pulled the album off the shelf last night in the week of the thirty-third anniversary of his death on 28 October.

The Ellington connections are interwoven into the very warp and woof of the repertoire here: credited co-composer of Empty Ballroom Cootie Williams employed Nelson’s brother in the forties and amongst other Ellingtonian pieces, the album contains Echoes of Harlem which was renamed Concerto for Cootie.
Even the album’s title – one of three Nelson compositions - is a nod to Ellington’s oeuvre.

Clearly Nelson is an Ellington disciple as one could say Charles Mingus was. And like Mingus, however difficult the terrain can be at times to negotiate for someone with rather more mainstream sensibilities, the listener persists because he knows the journey will be inherently of worth, trusting his sherpa to provide music which is always compelling. So, whilst, generally, 1970 is about where I get off, despite – or perhaps because of – the electric rhythm and piano present here on Skull Session, I found the whole of the album richly satisfying. The Ellington melodies, of course – and in particular what Nelson does with Rockin’ in Rhythm – are particularly welcome. But the whole menu – including Jobim’s Meditation are recordings I will turn to time and again.

The approach of featured singer, Leon Thomas, is further testament to the avant garde nature of the jazz of this period. Thomas is clearly the great inheritor – not of the Jimmy Rushing style of blues shouting – but perhaps, more, Joe Williams. There was, always, I felt a slightly harder edge and less warmth in Williams’ approach, taking the blues into a more urban environment. Leon Thomas seems to take that hard edge a step further still – really, I suppose, into the territory of Soul singing – with suggestions, almost of aggression in his delivery (of the music in this album, and Nelson’s own alto solos in particular, liner note contributior Stanley Dance uses the word ‘astringent’). This is a sign of the times – and one evinces this style of music in Ellington’s work itself at this period, notably the sublime New Orleans Suite where I had associated Ellington’s more strident approach to his compositions less with social protest than rage at the dying of the light.

Black, Brown and Beautiful is currently out of print but, truly, worth scouring the usual auction houses for. In many ways, it is a companion piece to New Orleans Suite, featuring, as it does, the final recorded work of Johnny Hodges and, in Oliver Nelson, an explorer after Ellington’s own heart: a Columbus gathering his charts and setting out to prove the world is not square.
Posted by Ian at 07:51:00 1 comment: 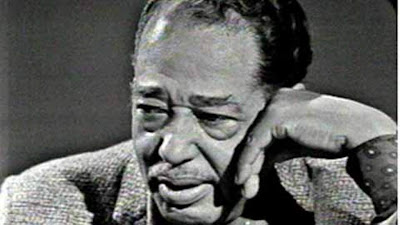 If music be the food of love…

I can think of no better way of describing Duke Ellington’s work. Always, finishing an Ellington album, the listener feels nourished, warmed and sustained as though he has had a good meal.

The line, of course, opens Twelfth Night. Ellington’s music once furnished a production of the comedy re-titled Play On. The CD sits in my to play… pile.

But connections between the Bard and Ellington run much more deeply than that, however. There is Ellington’s own score for Timon of Athens and, perhaps most famously of all, the suite composed and recorded, initially for the Shakespeare festival, Stratford, Ontario, Such Sweet Thunder. There is a fascinating transcript of an interview with Ellington at the time, Shakespeare is dug by the craziest of cats, here.

But still deeper, the respective genius of Shakespeare and Ellington courses. As Shakespeare wrote his parts for particular players, so, too, did Ellington. Ellington’s manuscripts are often sketchy, leaving it to the responsibility of the soloist to supply the rest, as Shakespeare’s actors originall 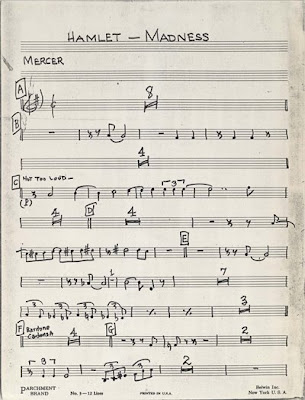 y extemporized, bringing something of themselves to the performance.

Shakespeare was writing at a time when the London theatre was a crucible of brilliant invention, as Ellington’s New York was in the era of the great dance bands – yet these two geniuses bestrode their worlds like a Colossus, their work testing and pushing the form to places it might otherwise never have reached. Whilst they were classicists who respected, and largely worked within, the form, they were certainly never above pushing the envelope.

But, perhaps, most significantly of all is the pulse which coursed through the forms within which they worked. For Shakespeare, this was the rhythm of the heart beat in the iambic pentameter. For Ellington, he was largely writing music to dance to. The second half of the documentary A Duke Named Ellington demonstrates brilliantly that everything Duke wrote, potentially, was music for dancing, lending itself even to ballet – a form for which I found a new interest seeing the footage in this film.

Of course jazz necessarily had other rhythms to walk to when the Swing Era had largely blown itself out at the end of the Second World War. Classicism, it seems, always gives way to romanticism – so Charlie Parker’s records on Dial and Savoy were, in many ways, did for jazz what Wordsworth's Lyrical Ballads did for poetry, exploding accepted forms.

But to surrender the dance beat is to surrender your position in the mainstream. Jazz became less and less a social music, music for dancing, dining and more an appeal to the intellect. Ellington, however, never forgot the dance – his music was, is and will remain an appeal not to the nut but to the gut.

You can read more about Shakespeare and Ellington at the Shakespeare Folger Library here.
Posted by Ian at 05:06:00 No comments: