For what we are about to receive...

I usually go through the Ellington listings on eBay with a fine tooth comb, so I don't know how I missed this treat earlier in the Autumn.

The listing is for a recording of a Duke Ellington performance on  16 April, 1970 at Grace Cathedral (the location for the première performance of the First Sacred Concert some five years earlier. Here are the details and photographs from the original ad... 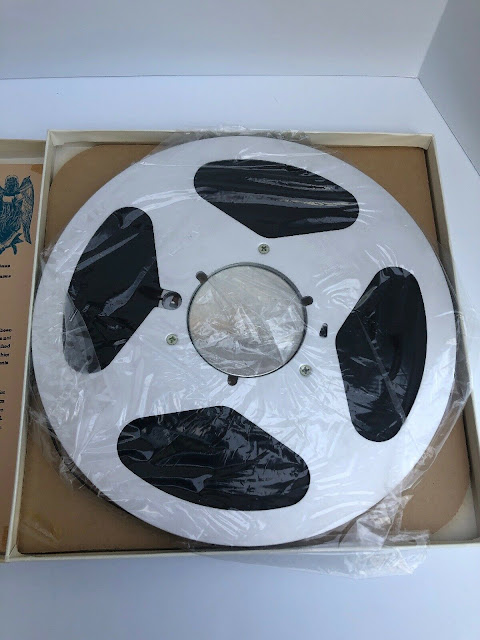 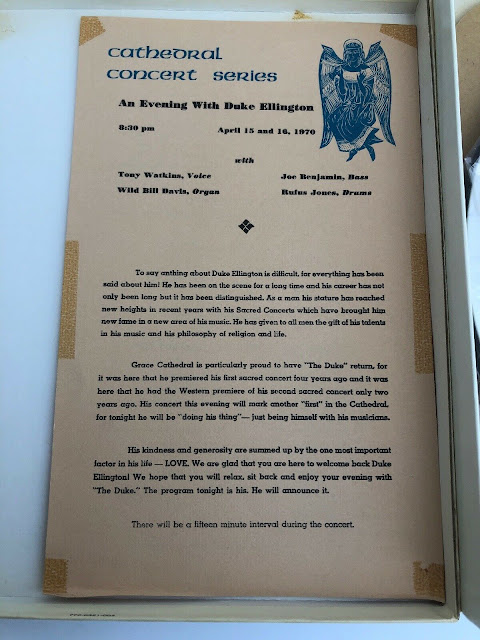 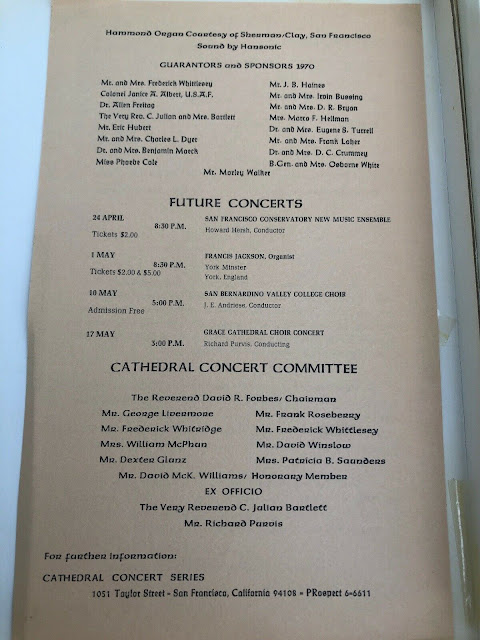 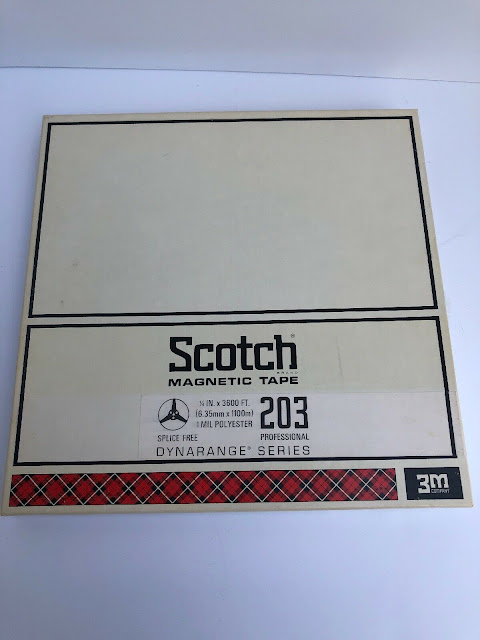 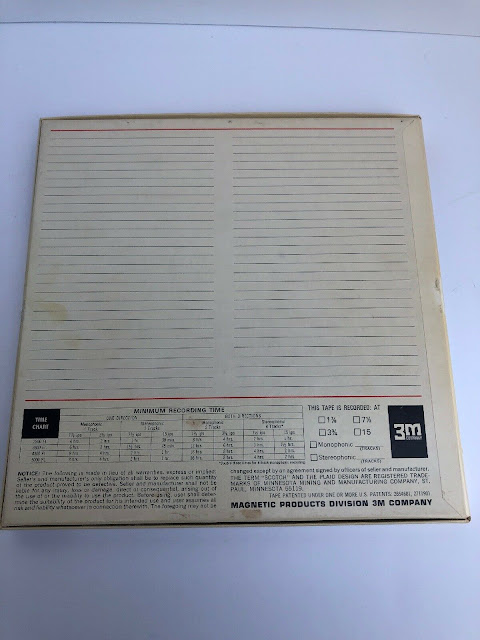 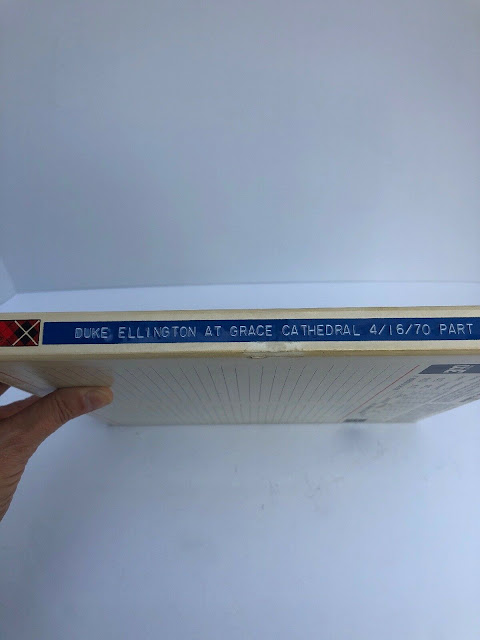 By a remarkable act, appropriately enough, of grace itself the recording has been made available for free by the purchaser. Brian Koller runs the excellent website films graded.com, a substantial section of which is devoted to a discography of Ellington's collected works. Brian has graciously published a remastering of the tape.

The whole recording may be downloaded from Brian's filmsgraded.com site here.

Several numbers feature Wild Bill Davis at the organ. An interesting account of how Davis came to be employed by Duke was posted recently to Facebook by Douglas Lawrence. Here is his posting, and an anecdote perhaps previously not known. Generosity all round from admirers of Ellington's music!


"I worked a lot with Wild Bill in the 1980's. This is what he told me - Wild Bill and Johnny Hodges were starting to tour together with a succesful 4-piece organ band (Hodges, Wild Bill, guitar and drums). The band was becoming quiet successful and Hodges started taking time off from the Ellington Orchestra. They were working somewhere (I can't remember where) and Ellington showed up at the gig and sat directly in front of the bandstand. After the performance Ellington joined Hodges and Wild Bill backstage in the dressing room. Ellington looked at Wild Bill and said (I'll never forget these words) "I don't know what I'm going to do with you, but I have to have Johnny back, so I'm hiring you too!" Wild Bill said that was it for the quartet! He joined Ellington's band and for most of the first several months just learned orchestration from Ellington, and worked as a copyist, no playing at all. (That in itself is another great story for perhaps another time.) I distinctly remem!
ber Wild Bill telling me his time with the Ellington Orchestra was the highlight of his illustrious career, and it involved very little playing. It was the tutelage from Ellington on big band arranging and composing that Wild Bill appreciated so much. Wild Bill loved to write for big band after that. It became his passion, although only a few of us actually knew it."
Posted by Ian at 06:24:00